We have some more interesting and varied blog posts lined up for you, to make another year of explorations into the world of conflict textiles. We start with the relaunch of the first part of artist Eileen Harrisson's reflections on her personal "Journey into Conflict and the World of Arpilleras".

Doing it for the kids

Enjoy reading! The arpillera "We are seeds" was not made to be exhibited in an arts gallery. It was made to protest - against environmental pollution caused by the oil industry, forced diappernaces and other injustices in Mexico. Learn more about this disobedient object and its protest life in Jimena Pardo's guest post. Skip to content This is the last part of Eileen Harrisson's journey into the world of arpilleras, featuring poetry and more of her stunning textile art work.

It is believed the 58 men and 14 women were kidnapped by the Los Zetas cartel and killed for refusing to traffic drugs. August 30, - Mexican authorities announce that they have captured "La Barbie.


And we live next to the world's largest arms seller, which is supplying the criminals. November 5, - Antonio Ezequiel Cardenas Guillen, aka Tony Tormenta, allegedly the head of the Gulf cartel, is killed in a shootout with Mexican forces in Matamoros. January - The Mexican government says that 34, citizens have been killed during the four-year drug war.

Zapata dies and Avila survives a gunshot wound to his leg. The Los Zetas drug cartel is suspected. April - Several mass graves holding bodies are discovered in Tamaulipas, the same area where the bodies of 72 migrants were discovered in Estrada Luna has been identified by authorities as one of three prime suspects behind the mass graves discovered earlier in April.

May 8, - Twelve suspected members of the Los Zetas drug cartel and a member of Mexico's navy are killed in a shootout on a Falcon Lake island. Authorities say the suspected drug traffickers were storing marijuana on the island. May 29, - Ten police officers, including a police chief, are arrested on charges of protecting the Los Zetas drug cartel. The report covers 29, firearms submitted in and July 11, - The US government announces a plan to require gun dealers in California, Arizona, New Mexico and Texas to report the sales of semiautomatic rifles under certain conditions in an effort to stem the flow of guns to Mexican drug cartels.

July 27, - Edgar Jimenez Lugo, known as "El Ponchis" or "The Cloak," a year-old American citizen with suspected drug cartel ties, is found guilty of beheading at least four people. He is sentenced to three years, the maximum for a juvenile, in a Mexican correctional facility. He is the purported leader of La Linea, the suspected armed branch of the Juarez drug cartel, and considered responsible for the death of US Consulate employee Lesley Enriquez and her husband Arthur Redelfs.

August 25, - At least 52 people are killed in an attack on the Casino Royale in Monterrey, Mexico. Witnesses say up to six people entered the Casino Royale and demanded money from the manager. When the manager refused to pay, the building was set on fire. August 30, - Mexican officials allege that five suspects arrested in connection with the Mexico casino fire are members of the Los Zetas drug cartel.

September 13, - A murdered man and woman are found hanging from a bridge in Nuevo Laredo. Near their mutilated bodies is a sign saying they were killed for denouncing drug cartel activities on a social media site. The sign also threatens to kill others who post "funny things on the internet. January 4, - Benjamin Arellano Felix, a former leader of Mexico's Tijuana drug cartel, pleads guilty to charges of racketeering and conspiracy to launder money.

January 11, - The office of Mexico's Attorney General releases a statement saying that nearly 13, people were killed in drug violence between January and September August 31, - Eduardo Arellano Felix, an alleged senior member of a Tijuana-based drug cartel, is extradited from Mexico to the United States. Arellano Felix was arrested on October 25, , after a gun battle with Mexican forces. He is later sentenced to 15 years in US prison.

September 3, - In his final state of the nation address, President Calderon defends his government's approach to combating crime and drugs and criticizes the United States for providing criminals with almost "unlimited access" to weapons.

Lazcano's body was stolen from a funeral home on October 8, but authorities had already taken fingerprints and photographs to confirm his identity. July 15, - Los Zetas cartel leader Miguel Angel Trevino Morales, known as Z, is detained by Mexican authorities in an operation in the Mexican border state of Tamaulipas, state media reports. August 20, - Mario Ramirez-Trevino, ranking member of the Gulf cartel and also known as "X," is captured in Reynosa, a city in Tamaulipas state.

He was one of the leaders and main founders of La Familia Michoacana cartel. This is the second time Mexican officials have claimed Moreno is dead. They also announced his death in As machine guns clattered away all around me, the scene enshrouded by clouds of smoke and dust, I had to seize the moment, however fleeting, to scrawl down some marks recording the events as they unravelled.

It was as much as I could do. I didn't have time to worry about the quality of the work, I could think about that later. It was about getting something down, the bare minimum, in real time — right there and right then. A red smoke canister was thrown to cover troops advancing across the open ground to assault and clear a nearby compound. Covering fire from the FSG rained down on insurgent positions in a copse of trees opposite.

Grenades hitting their target covered the area in dense smoke. Do we have men in there? Where are they firing from? Strangely, my interpretation of this scene was like hundreds of drawings I'd done as a kid. As if time had stood still, I resorted again to the simplicity of stickmen. There were obvious connotations with blood, but also references to the bright red tunics worn by British soldiers during the 19th century, who had perhaps passed over this very same ground, engaging a compound in a not dissimilar manner many years before.

From atop the Mastiff, with its clear perspective on proceedings, I had an old-fashioned general's-eye view of the battleground. A sniper, his sights incorrectly set, did not bother to fire at an obvious target and a trooper from the next vehicle raced over seeking a knife, desperate to open a new ammo box to continue the fight.

On this occasion my penknife had to suffice. I worked away ceaselessly, trying to capture something of the frenetic activity, only too aware that so much was going on and with it the possibility for powerful material; and yet it wasn't really possible to follow a calculated thought process about what to concentrate on. Sitting adjacent to SCM Fry MC in his gun turret, I made some quick notations as he fired copious grenade rounds from his GMG into the treeline and then directed his fire into one of the compounds.

On impact, bursts of smoke erupted, blitzing the perfect view of the landscape, hanging in the air and drifting in the slight breeze. We were then fired at and I was abruptly ordered below to take cover from the incoming rounds. Shortly after, as rounds bounced off the vehicle, SCM Fry ducked down too and I remember vividly the expression on his face as he joined me below.

His eyes were so calm, yet so alive and awake and offset by a vast grin. I hadn't seen a look quite like this before, but it echoed the sentiments of many of the soldiers I'd spoken with, including old friends; surrounded by real and imminent danger and with the adrenaline pumping, it was as if he was high on some intoxicating drug. Looking out of the vehicle's open back door, I could see Afghanistan's rugged landscape, and in the middle ground a nomadic encampment complete with camels.

Again, a breathtaking scene of stunning beauty and charm, strangely juxtaposed with the deafening sounds of battle that raged all around. At this point, the Major decided we were moving out. Word came from Icom that one enemy had possibly been killed in action. As the convey withdrew, what was thought to be an IED went off beside us, pitching our vehicle violently to the right.

Fortunately, we were all strapped in but I remember the feeling, as if all the bones in one's body had been shaken. Nearly back at PB Talibjan, we stopped at CP checkpoint Mohib for a time, watching the tiny specks of the foot patrol grow larger as they returned to base, when absolute commotion came through on comms. A Coyote from the other vehicle flank had struck an IED. It was being driven by Gunner Darlington, who I'd chatted to that morning. Everyone feared the worst and amid the confusion we raced off to aid the stricken vehicle. I was thrown out of the Mastiff outside PB Talibjan. Running into the base, I passed panicked troops, clutching at body armour, rifles and unfastened kit, as they raced out to the vehicles.

I felt sick. The world had seemingly gone mad. Having visions of the base now being ransacked it had apparently been attacked a few days previously , I felt vulnerable, and unsure of what to do. My solution was to do the only thing I could do: I climbed the nearest sangar a small, fortified position and started to draw.

There was still no news on Darlington, so I drew Mastiff 33A the vehicle I'd been in racing to the aid of the stricken vehicle in the distance, throwing up a long trail of Afghan dust. A few locals wandered slowly past the base, and I was struck by their apparent ambivalence towards the situation. Where did their sympathies lie? Were they Taliban?

How artistic freedom is restricted in Mexico

I had no idea. On reflection, it dawned on me that perhaps theirs was the only reaction one could have after experiencing, in one form or another, 30 years of war. I sat in the sangar surveying the terrain with a Household Cavalry Trooper and an ANA soldier, part of a now threadbare contingent holding the base.

At this point the presence of a. They would be keeping their fighters up to date on intel and surveying the results of their work; they must have been party to any IEDs planted that morning. Finally, news came in of the explosion; there were two casualties from the incident but they were not too badly injured. However, before we had time to digest the good news, boom! A vast explosion interrupted our thoughts. It was another IED. I watched as the dark cloud of smoke bellowed into the sky, initially obscuring all details of the scene before beginning to drift away in the breeze.

Intense and abstract chatter followed on comms but by then I was not listening. I was full of horror; and the extreme quiet that followed the blast only served to emphasise that emotion. It was a powerful scene and would have made a great image, but feeling too traumatised I couldn't draw. 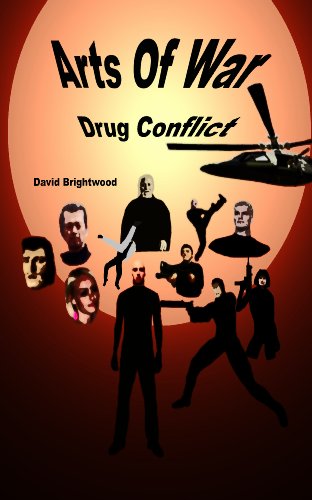 It didn't seem right somehow, not until I knew the fate of those concerned. Mastiff 52, proceeding with the medical evacuation for the first vehicle, had itself struck an IED. While two Blackhawk helicopters circled overhead, covering the base, another descended into the luminescent cloud of green smoke that marked the landing spot.

maisonducalvet.com/paginas-conocer-gente-olot.php Darlington was taken away towards Camp Bastion; the other, a gunner who was celebrating his 20th birthday, had been blown up twice in one day!